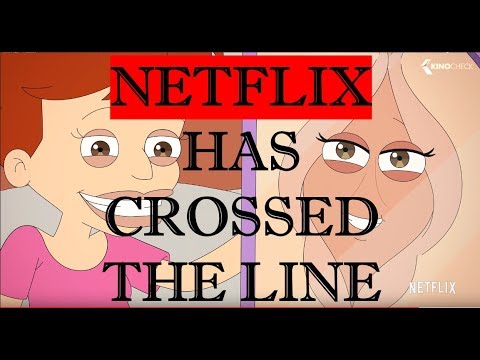 PEDOPHILIA PROPAGANDISTS:  In most of the world, if you push sex onto pre-teens, you go to jail. Most of the world, except Netflix! In the animated Netflix series, Big Mouth, 11-year-olds are consumed with issues of body transformation, heterosexual yearnings, homosexual yearnings, desires to masturbate and illicit lusts. And the kids just happen to be groomed by two demons, who mentor them in how to do things like talk to their genitals. That’s right! There are people in our society who think it’s funny and cool to watch a show depicting an 11-year-old girl talking to her vagina. This is where we’re at now. The far left pervert media are shilling hard to make the normies think this is normal, of course. It’s the same shtick we’ve seen since Weimar – perversion is liberation, degeneracy is sophistication, corruption is enlightenment. Typical Satanic inversion. People need to go to jail over this! A jail full of angry, brutal men who really don’t like pedophiles! We could start with the two pedophilia-pushing perverts who created the series – Nick Kroll and Andrew Goldberg! Western societies, and America in particular, have been experiencing a multi-decade moral subversion which has been carried out intentionally and strategically. The gleeful corruption of innocence and degradation of society evinced here by the work of Goldberg and Kroll is similar to what we see across the entertainment industry. There is something sick about these people. It’s as if, after centuries of having to pretend to conform to Christian cultural norms in Central and Eastern Europe, these Ashkenazim immediately seized the opportunity to subvert American liberalism and create a society in the image of their cultural norms. Those norms just happen to be Satanic! Kids are going to watch this show. The characters look like The Simpsons, and with mum exhausted and dad distracted after long hours slaving to feed the debt monster, these kids will find a way to watch it. And they’ll be made more cynical, more nihilistic, more perverse as a result. And the civic nationalist ‘classical liberals’ will defend the ‘free speech’ of the scumbags who made this abomination.